East Carolina was still in celebration mode after a hard-fought 17-14 homecoming win against Marshall when word of the unthinkable began to circulate around campus on the night of Nov. 14, 1970.

On its way home to Huntington, WV, after the game, the chartered plane carrying the Thundering Herd’s traveling party crashed into a hillside just short of the airport’s runway, killing all 75 players, coaches, support personnel and boosters aboard.

It was a tragedy of such epic proportions that it rocked the entire sports world, no more so than in Greenville, where homecoming festivities were abruptly halted out of respect for the victims and an event that has linked ECU and Marshall together forever.

A plaque honoring those who died is displayed respectfully in the northeast concourse of Dowdy-Ficklen Stadium near Gate B.

An even more fitting tribute is planned for this fall, when the Pirates and Thundering Herd renew their football rivalry during the 50th anniversary season of American’s worst sports disaster. 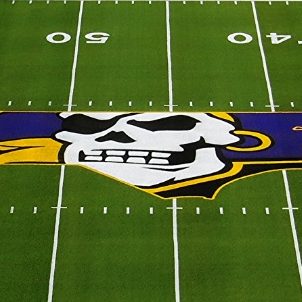 The game will mark the first time the schools have met on the gridiron since ECU left Conference USA in 2014.

It was originally scheduled for Sept.5. But thanks to the combined efforts of Pirates athletic director Jon Gilbert and his counterpart with Marshall, former ECU AD Mike Hamrick, the game has been moved back a week. It will now be played on Aug. 29, a week before the official opening of the 2020 college season and will be given the national television exposure it deserves by ESPN.

“There is a special bond and indomitable spirit that exists between our communities, universities and football programs,” Gilbert said in announcing the schedule change. “This opportunity will allow us to properly pay our respect to those we tragically lost 50 years ago and share our enduring support for Marshall University with the rest of the country.

“I appreciate Mike Hamrick and Marshall University for being great partners in this process as the move allows both schools to have a marquee national broadcast spot on the football calendar to open the 2020 season.”

Before they could make the switch to “Week Zero,” ECU and Marshall first had to file for a waiver and gain approval from the NCAA’s Football Oversight Committee.

Gilbert made a compelling argument in his waiver proposal by listing the names and bios of every person killed in the crash.

“The NCAA can help celebrate the victims and their legacy, including Jim Adams, a football student-athlete who never met his daughter because she was born on the day he was buried; and Jeff Nathan, a very optimistic student reporter for The Parthenon, who didn’t have the chance to write his 30th ‘Hoof Beat,’” Gilbert’s letter read. “These 75 people and their families deserve to be recognized in a special way.”

Having been at ECU only a little more than a year, Gilbert wasn’t all that familiar with the specifics surrounding the tragic events of that stormy night in West Virginia 50 years ago. But he learned more about it during the process of putting together the waiver request.

And he was profoundly affected.

“I get goosebumps just thinking about it and reading the bios of these individuals,” Gilbert said last Thursday after the waiver was formally approved. “I spent 17 years at the University of Alabama and as I read of the 75 deceased, there were four student-athletes from Druid High School in Tuscaloosa, AL, that were on that plane.

“I had no idea about that and then to read about the number of children that lost at least one parent that day was really impactful. I want to make sure that we’re doing a good job of celebrating that team.”

As part of the celebration, family members of the late Marshall players and coaches, along with former Pirates that played in that fateful game will be invited to attend and be honored.

It will be an emotional tribute and a fitting way to kick off the new season.

And thanks to the efforts of Gilbert and Hamrick, the entire nation will get to be part of it.

NATIONAL SPOTLIGHT WILL BE ON ECU-MARSHALL GAME