East Carolina baseball coach Cliff Godwin is a stickler for details. That attention to detail is probably what makes the 2019 American Athletic Conference coach of the year such a success at his job.

For the 5th straight year it was a privilege for me to emcee the annual ECU baseball banquet. A sold-out crowd of close to 600 came out for the event, which raised money that went right back into the baseball program.

Godwin’s attention to detail is impressive. Each year on the Monday before the banquet he goes through the night, step by step and line by line on the script of the night to come.

Saturday night’s event was really nice. From the player introductions to the keynote speakers, it was a truly a great night to help usher in the new baseball season.

Brown gave an emotional account of finding out that his family home had burned down just before the start of his final season at ECU. He paused a couple of times to gain his composure as he spoke about the tragedy. I looked around the room and there were very few dry eyes in the building.

Schumacher spoke about his days playing with Coach Godwin and playing under the late Keith LeClair. His description of hosting a recruiting weekend with several of LeClair’s key recruits was absolutely hilarious.

Schumacher parlayed his degree at East Carolina into his current position as President and Managing Partner of Arcadia Homes out of Charlotte. In 2019 he was named “Custom Builder of the Year.”

Earlier in the evening three seniors had a chance to speak. The three were reliever Matt Bridges, starter Tyler Smith and all-everything lefty Alec Burleson. 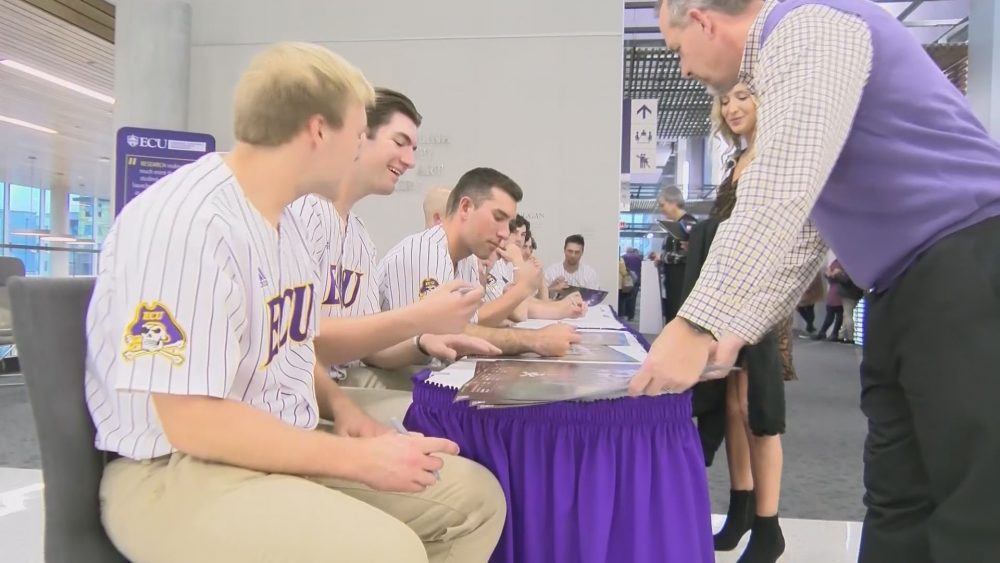 Smith stole the show with his comments about his dealings with Coach Godwin.

“He told me that I couldn’t get a girlfriend if I took my shirt off,” said Smith as he told the story of how his coach was able to motivate him.

Godwin came back to the stage and said, “It worked! It was a win-win for everybody and now you’ve got a girlfriend.”

That’s the kind of night it was. It was a rare glimpse into the inside of East Carolina’s most successful sports program.

Tyler’s story was reminiscent of last year’s banquet when Jake Agnos told the story of Coach Godwin telling the team that Jake pitched like a baby, and illustrated his thoughts by laying down in the middle of the huddle in the fetal position. That was the absolute funniest story that I’ve ever heard at any of these baseball banquets.

Agnos was the most decorated of the Pirates from 2019. He was named first team All-American by both Collegiate Baseball and by the NBCWA. He was also an academic All-American, and is the only Pirate to win the American Athletic Conference Baseball Scholar-Athlete of the Year and the American’s Male Scholar-Athlete of the Year. He is the first Pirate in school history to earn either of the American’s annual awards. Agnos couldn’t make this year’s banquet having already reported for spring training. 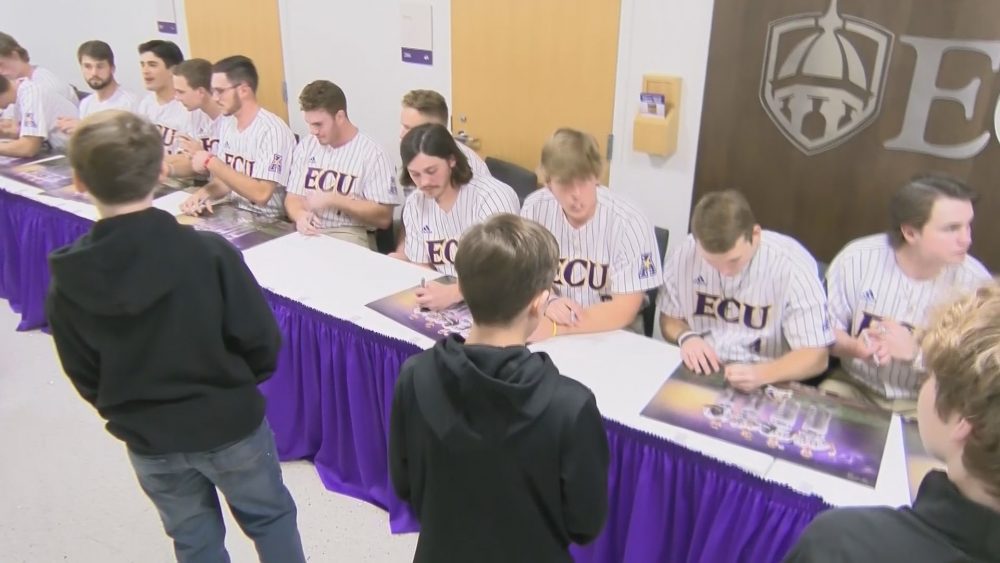 The banquet was a huge success and served as a great kickoff to the 2020 baseball season. It’s East Carolina and William & Mary on Valentine’s Day to start a three-game series. 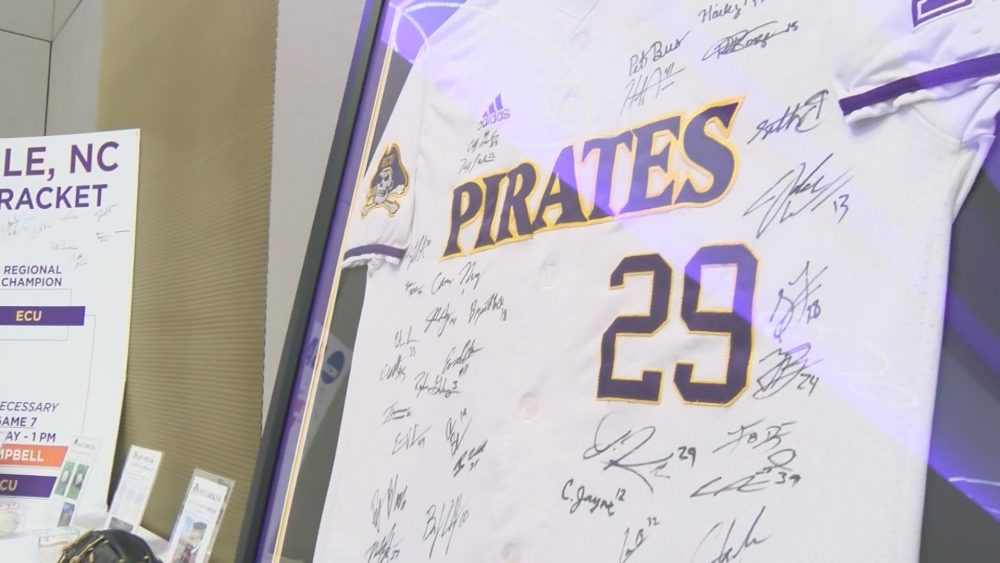 We’ll see you at Clark-LeClair Stadium on February 14th.

SAMPSON HAD NO ANSWER FOR JAYDEN GARDNER