East Carolina got a sneak preview of its opening week opponent on Saturday when North Carolina A&T played Jacksonville State in the nationally-televised FCS Kickoff Classic.

So what did the Pirates learn about the Aggies from their 20-17 victory? 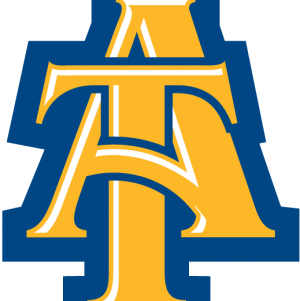 At least one thing that should make them wary and a couple of others that should help them feel better about their chances for getting the new season off to a better start than the one that opened against a different FCS opponent a year ago.

First the area of concern.

Coming off an undefeated season in which it won the Historically Black Colleges and Universities national championship with an abundance of experienced players on both sides of the ball, A&T is a veteran team that knows how to win. And win on the road.

It showed that against Jacksonville State by twice rallying from deficits in the third quarter. Then, after regaining the lead, the Aggies hung on to win the game by making three big plays — a blocked field goal and two forced fumbles — just when they needed them.

They’re the kind of team that can give ECU trouble if the Pirates let them hang around and give them an opportunity to do what they do best.

That having been said, there’s every reason to believe that if coach Scottie Montgomery’s team doesn’t turn the ball over or find other ways to shoot itself in the foot, A&T won’t be close enough for a few big plays to make a difference in the outcome.

Among the reasons why is ECU’s new defensive coordinator David Blackwell.

Before returning to his alma mater last winter, Blackwell was the defensive coordinator at Jacksonville State, the same team whose defense gave A&T’s veteran offensive playmakers fits for all but a handful of snaps Saturday.

Even though he wasn’t there in Montgomery, Alabama, calling the shots, the aggressive scheme he developed, with its constantly changing looks up front, confounded the Aggies while yielding only 148 yards for the entire game.

Only one of A&T’s three touchdowns came on a lengthy drive. The other two came on a 98-yard kickoff return and possession that started at the plus-31 yard line thanks to a botched onside kick by the Gamecocks.

The key to Jacksonville State’s success was its ability to manhandle the Aggies and their rebuilt offensive line at the point of attack.

By winning the battles up front, the Gamecocks clogged up every running lane in holding 1,100-yard rusher Marquell Cartwright to just 58 yards on 25 carries (an average of 2.5 yards per attempt). In doing so, they forced quarterback Lamar Raynard — the MEAC’s Player of the Year in 2017 — to try and carry the offensive load himself.

He did throw a pair of touchdown passes, but he was otherwise ineffective, completing only 12 of 34 passes for 111 yards with an interception. His leading receiver, Elijah Bell, had only two catches.

With bigger, quicker and stronger FBS-caliber players like Kendall Futrell and Raequan Purvis lining up against them this week, ECU should be able to wreak just as much if not more disrupting havoc.

Not only will the Pirates’ much-maligned defense have an opportunity to get off to a confidence-building start under its new coordinator, Jacksonville State’s success against A&T’s secondary also bodes well for sophomore quarterback Reid Herring in his debut as a college starting quarterback.

The Gamecocks’ receivers consistently got separation on their Aggie defenders, twice resulting in touchdown passes of 40 or more yards. Quarterback Zerrick Cooper threw for 320 yards Saturday and would have put more than just those 17 points on the board had it not been for the fumbles, special teams breakdowns and 14 penalties for 149 yards.

Future NFL receiver Trevon Brown has to be licking his chops at the numbers he could potentially put up against an A&T defense that had its hands full trying to cover a Jacksonville State team whose leading receiver had just 33 catches last season.

Granted the Aggies will have an advantage in that they’ve already played a game and gotten some of their early kinks out of their system. But based on what they showed Saturday, the Pirates are probably feeling a lot better about their prospects now than they did a couple of days ago.

ECU’s biggest opening day challenge could potentially be a battle against its own temptation to look ahead toward a much more difficult and emotional test when North Carolina comes to visit Dowdy-Ficklen in Week 2.

Doing so would be the worst thing that could happen. That is, other than giving a veteran team that knows how to win on the road and has a history of beating FBS opponents a chance to do just that.