To those of us in the more advanced generations who are slow to grasp the footprint of social media, it might seem like posting on the various platforms is somewhat scattershot and impulsive. But Houston McCullough, from her post in the East Carolina athletics department on her third day as the Pirates’ first-ever content manager, wants us to know that nothing could be further from the truth.

McCullough, who will coordinate everything that goes out from ECU athletics to the world through Facebook, Twitter, Instagram and other sites, believes that social media communication is absolutely crucial to building strong connections with people in the Pirate fan base and beyond. Her job is to create a comprehensive plan to tell the best stories from ECU’s courts and fields in compelling tidbits that stop people as they scroll.

“The new way of people receiving information has evolved into the digital realm,” said McCullough, who was a graduate assistant in the athletic department at Southern Miss last year. “It’s just crazy important, because our social media channels may be the only way people see our brand. So we need to make sure that is just spot on, perfect, the best quality content that we can get out there.”

As an undergrad pursuing a degree in film, television and digital media at Texas Christian, McCullough remembers a Facebook executive who came to speak at one of her classes talking about crafting posts that have “thumb-stopping power.” That’s what she will be aiming for, but first she has some fact-finding and streamlining to do within the various ECU athletic offices.

Since various parts of the social media task have been handled by a variety of people, McCullough is initially focusing on making sure all of their content is consistent in quality and message. 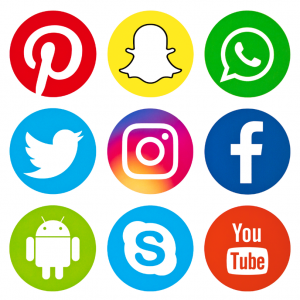 The Pirate nation will see McCullough’s fingerprints on that plan with more videos, more stories from sports that haven’t typically seen the spotlight and consistent game day coverage from a variety of venues.

McCullough’s efforts are being encouraged by Ryan Robinson, ECU’s executive associate athletic director for external operations and a man McCullough compares to “a wind-up toy that never stops.”

When Robinson arrived at ECU in January and started asking who handled the athletic department’s social media, he got twenty different answers, he said. He knew that ECU was behind the curve on having a dedicated person to handle that aspect of athletic communication, and he was a strong advocate for McCullough’s hiring.

“We’ve got to have constant engagement,” he said.

Social media is doing its job when that engagement is a two-way street, Robinson said, and he loves to see and respond to the comments that come in on ECU’s various platforms.

In an article he read recently, Robinson learned that 70 percent of consumers say they would purchase a product after a positive social interaction with the company that makes it. An athletic program can win over fans and recruits in the same way, and he can’t wait to see how creative and strategic communication can draw people to the Pirates.

“Everything’s on the table,” he said of the social media plan being developed at ECU. “At the end of the day we want people to buy season tickets and see our events, but we also want them to feel good about being a Pirate fan.”

BIG-PLAY SAFETY DOCTOR SET FOR WILL ROLE AT ECU

PIRATES GETTING SOME EARLY HYPE FOR 2020

A BIT OF WHIMSY CAN SPICE UP THE OFF-SEASON

AAC LOOKS AHEAD AS UCONN LOOKS TO THE PAST

VERITY’S OLD NUMBER WAS TOO BIG

PIRATES WALKED THE WALK AFTER FLORENCE