It’s possible that junior Davis Searcy, who grew up in Pitt County and is both the president of the Minges Maniacs and one of the founding members of the LeClair Lunatics, has seen as many East Carolina sporting events as any fan his age. But he has never seen anything quite like the American Athletic Conference baseball semifinal game Tuesday in Clearwater, FL.

Because of an approaching tropical depression, the American tournament officials had to stretch the boundaries of their event planning creativity by squeezing two days’ worth of games into one.

The adjusted schedule meant that the Pirates, originally scheduled to face Tulane on Thursday, would instead play on Wednesday. And rather than playing at the tournament site, Spectrum Field in Clearwater, ECU played at Robin Roberts Field within the Carpenter Complex, a Philadelphia Phillies training facility adjacent to Spectrum Field. 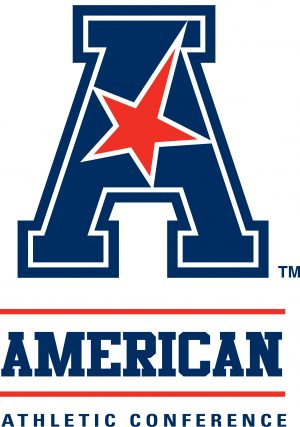 Since the field is used only for practice, it wasn’t set up for spectators, broadcast teams or any of the usual amenities fans expect at a game. Searcy and two of his friends drove through the night Monday, arriving in Florida at 7 a.m. Tuesday with just enough time for ECU’s first-round game against Central Florida.

After the Pirates’ bats came out hot and defeated the Golden Knights 8-4, the traveling student fan section got some rest and showed up at Robin Roberts Field for the 12:30 p.m. contest against Tulane. They sat in six sets of temporary bleachers, which were set up on just one side of the field, and just three umpires worked the game rather than the usual four.

Searcy said that Pirate fans had a strong presence in five of them.

It was definitely a stripped-down fan experience.

“There was no walk-up music, no music between innings,” he said. “It was just baseball.”

Whether because of that unusual environment or the early dominance of Green Wave pitcher Kaleb Roper, ECU struggled to find an offensive foothold for the first seven innings of play.

“He had good stuff today, and he was really getting to our batters,” Searcy said of Roper.

The Pirates only notched two hits during that stretch, until a Drew Henrickson walk — Roper’s first of the game — in the top of the eighth inning broke things wide open for ECU.

Henrickson’s walk was followed by a Brady Lloyd single, a Turner Brown walk, a Bryant Packard single, a Dwanya Williams-Sutton single and a Jake Washer single.

In the game’s dramatic apex, Williams-Sutton scored the go-ahead run on a wild pitch that only went about ten feet behind home plate, prompting a footrace with the Green Wave catcher.

By the time the fireworks had ended, ECU had a 6-4 lead, and even though Tulane scored once more in the bottom of the eighth it was enough for a comeback win that left Searcy and friends exhausted and hoarse.

“I definitely think the crowd made a difference today,” he said. “We were cheering, running around giving high fives to everybody. We were going crazy.”

In today’s semifinal game, back at Spectrum Field, the Pirates will face the winner of the Tulane-Houston morning game for the chance to advance to the American final.

The LeClair Lunatics contingency has already grown by at least one; one of Searcy’s friends drove down on Wednesday night to join the excitement.

But if anyone sees the Lunatics before the game, do the Pirates a service and slip them some hot tea with honey.